When is a siege not a siege?-well as part of my Viking campaign,Barcelona has been betrayed by none other than King Rodrigo of Leon(whose kids Bloodnok had kidnapped!) who has shown the Vikings a old drainage system leading to the centre of Barcelona,for the release of the said kiddywinks!-Bloodnok's troops are attacking the town walls as a "feint" whilst other warriors are entering the town,thus minimising casualties,but still gaining plunder!!-sneaky!!!! 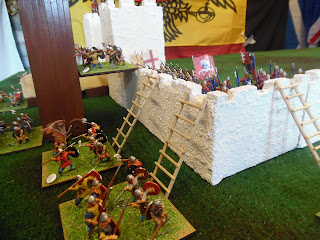 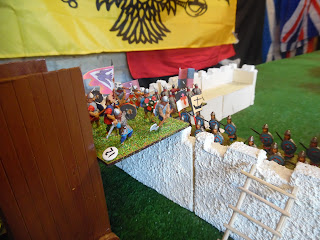 The "feint" siege in progress! 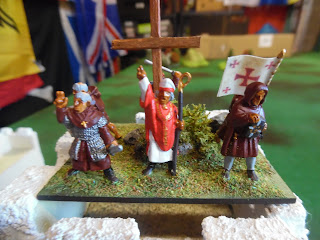 Lord protect us from the Northmen!!

With Barcelona captured,Bloodnok orders a special ship to be built to carry all of the "Loot" he has amassed on his Spanish campaign,before venturing into the Mediterranean sea and starting a new campaign against the Moors! As the Viking fleet approaches the largest of the Balearic islands (Mallorca) they spot a fleet of strange craft approaching them-this is the next battle,a sea battle!! 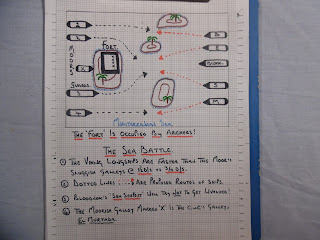 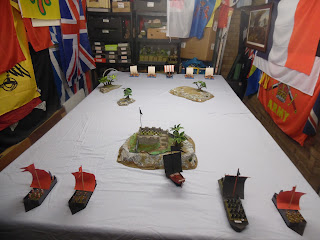 My concept of the forthcoming sea battle(for which the Vikings were famed!) and a view from the Mooorish side of the table. 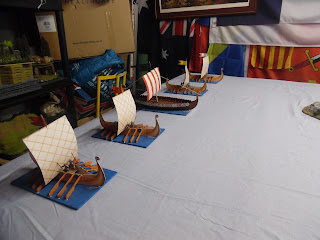 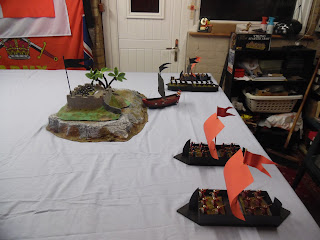 Both fleets arranged at the start of what I hope will be a different and entertaining game-I haven't quite worked out yet how I will determine casualties etc. -not wanting to "scupper" the Viking's chances before the campaign gets under way,but not to give them too great an advantage over the Moors. 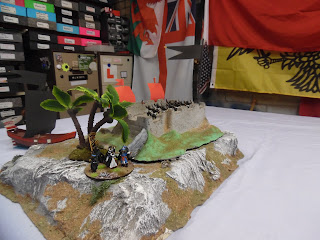 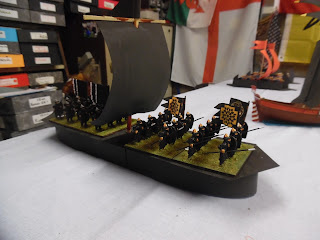 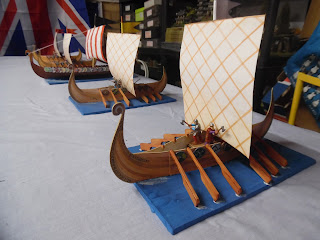 Detail of Magnus' ship with newly painted "crew"-all the Viking ships have 4 crew members now. I am hoping for big things from this game,probably to be played this weekend.The Moorish army I have(El Cid types) have more archer units than the Vikings,so I sent for 24 Viking archers from Warrior Miniatures-they arrived in record time again!............................... 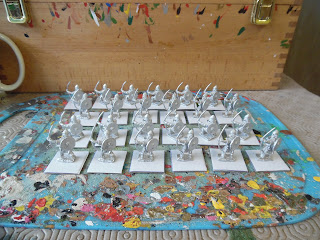 All 24 based and ready to be undercoated. 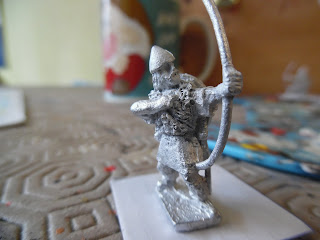 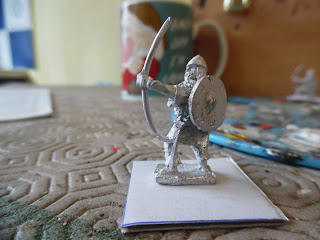 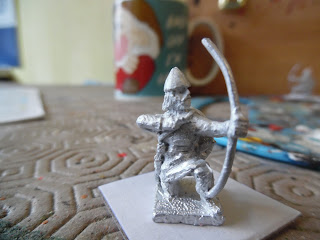 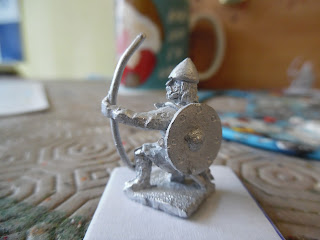 Kneeling figure,again with good detail and animation-probably get them finished by early next week.