It's been two years since we were treated to this "cracking" show-and it did not disappoint!

Leon and his family did us proud presenting a show full of Traders,Demo. Games,Participation Games,Re-enactors and a welcome return of the "Bring and Buy". Hot food and drinks were available,and the atmosphere from the "off" was tremendous. 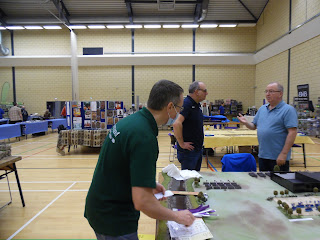 As we were setting up our ACW game,Leon came around issuing arm bands and free drinks vouchers-what a star!! 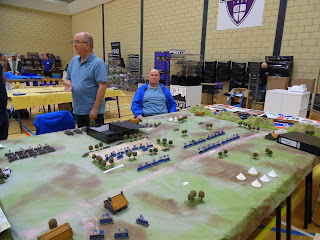 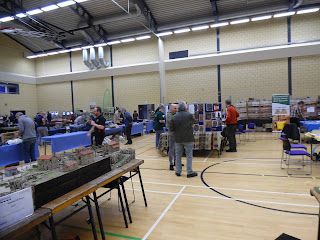 These two shots show us still getting ready,and the hall before any "punters" arrived-lots of room to observe "social distancing" 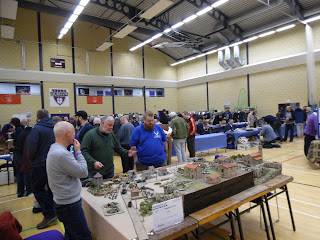 All set up,just in time as the doors were flung open and the big spenders descended on the traders-it was a "spendfest" led by Paul,Dave,Graham and Brian(and me to a lesser degree!) 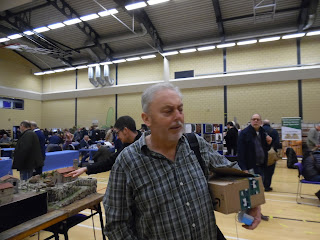 This old man appeared asking for any old figures we could give him-bloody cheek!! 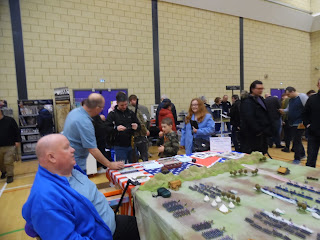 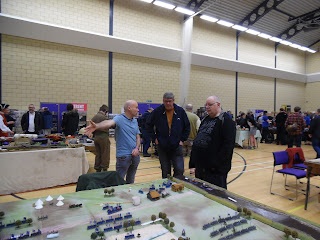 We had a steady stream of old and new faces coming to our table,asking about the figures(Warlord Games Epic Series),rules,painting techniques etc. etc. plus a few wanting to hold the assorted weapons and musket balls we had on display at the end of the table-and a big magical wish of "the shits" on a long bus journey" to the twat who stole some of the musket balls-the GIT!!! 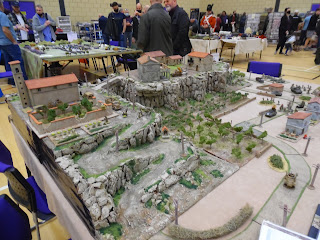 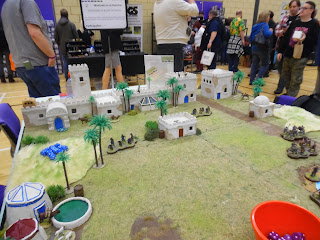 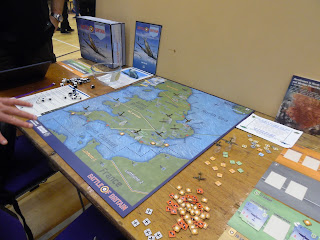 Just three of the magnificent games on show-everyone who put on a game deserves a great big thank-you for the effort and enthusiasm shown-long may it continue! 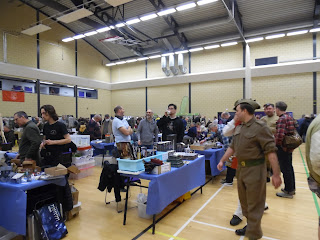 The show is in full swing in this shot,which features the "Bring and Buy",doing a roaring trade. 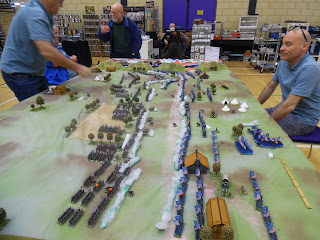 One final shot of our game being fought a conclusion-Leon and his "team" deserve all the accolades they get for putting on such a magnificent show-we'll be back!!