Crustinuts and Scrotum have halved the fleet,sailing over to the Isle of Man,(Manavia Ins) with Crustinuts landing in the south and marching north,whilst Scrotum lands in the north and marches south,both to meet at the town of Douglas,where they hope to defeat the Brigantes and their allies! 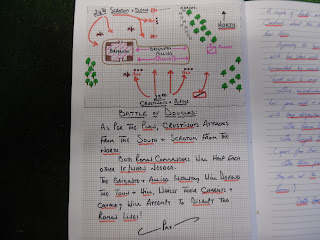 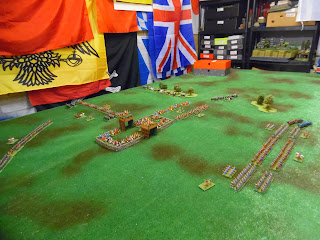 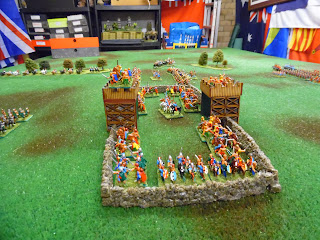 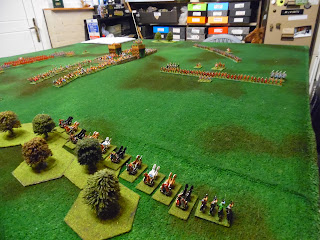 Top photo is the town defended by the Brigantes,who also had warbands outside the town,on the flank of the 24th's auxiliaries. Bottom photo shows the chariots and cavalry which were to give the aux.troops a bit of a worrying time!! 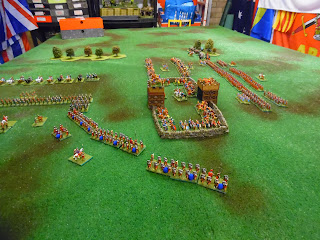 The attack begins! The Brigante chariots are fast approaching the aux. infantry on the plain. 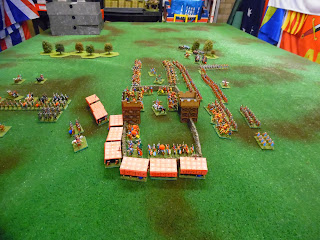 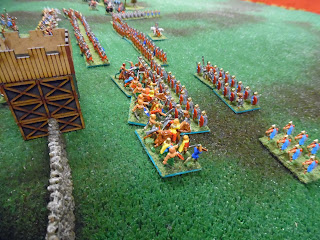 Top photo shows the 24th Legion advancing against the walls in Testudo formation to avoid the masses of throwing weapons coming their way!!-Bottom photo shows an audacious "sortie" by the Brigantes against the aux.infantry of the 23rd.-this sortie was almost successful,and gave the commander  of the Legion(me!!) a bit of a shock! 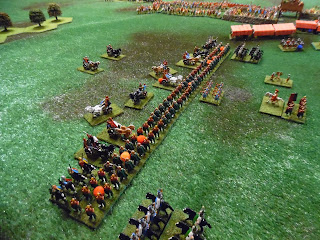 The chariots have charged and 50% have managed to hit the auxiliaries-this could mean trouble!

The Roman cavalry are on hand to support the infantry-just as well!! 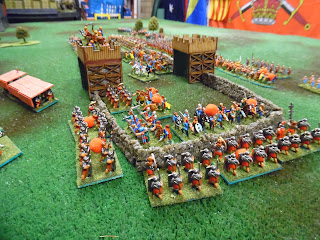 The 24th's assault on the walls was touch and go for a while,but a breach was made(the cohort beside the gate) and it was just a matter of time before the town fell! 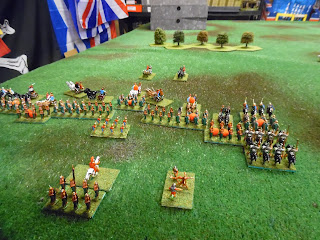 Desperate fighting on the plain,the infantry are being pushed back in sectors,but the Roman cavalry are now making a difference,and things are now going the Roman's way! 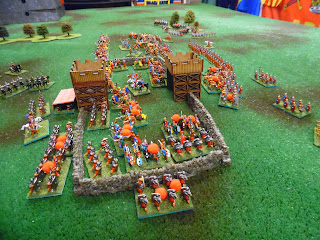 The 24th are now well and truly in the town,the sortie is being hammered,but what of the Brigantes and Allies outside the town?? 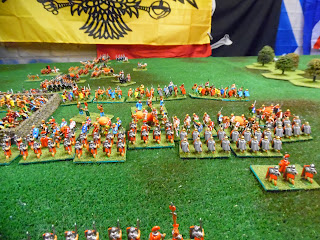 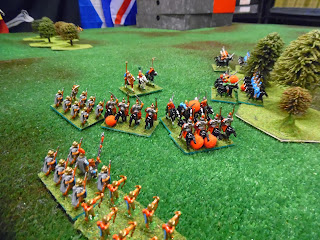 Top photo shows the 23rd and aux.infantry storming up the hill,to be met by a most furious charge downhill by the Allied infantry-terrific stuff! Bottom photo shows what is left of the Allied cavalry after the Roman cavalry, aided by three cohorts of Auxiliaries,had finished with them!!!Things are looking good for the Romans. 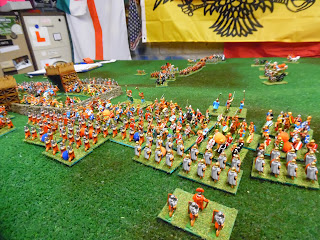 The Brigantes outside the town have now turned around and doubled up with their Allies to give a "boost" to the melee,however the Romans have done the same and after a long and hard struggle, won the day-hurrah!! 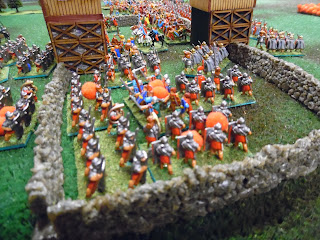 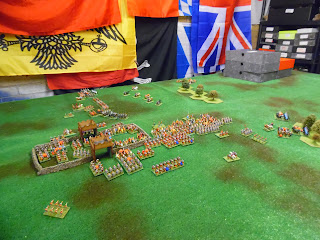 It's time for Crustinuts and Scrotum to head back to the mainland and deal with the only remaining rebellious tribe left in Brittania-the Parisi!