It was a bit of a quiet turn out last night-in fact only the "Dynamic Duo!!" (actually more like Laurel and Hardy!!) ie Brian and myself,but we had a good game,involving Elephants,Phalanxes,light and Heavy cavalry and infantry and skirmishers-in fact all you could want from an ancients game. 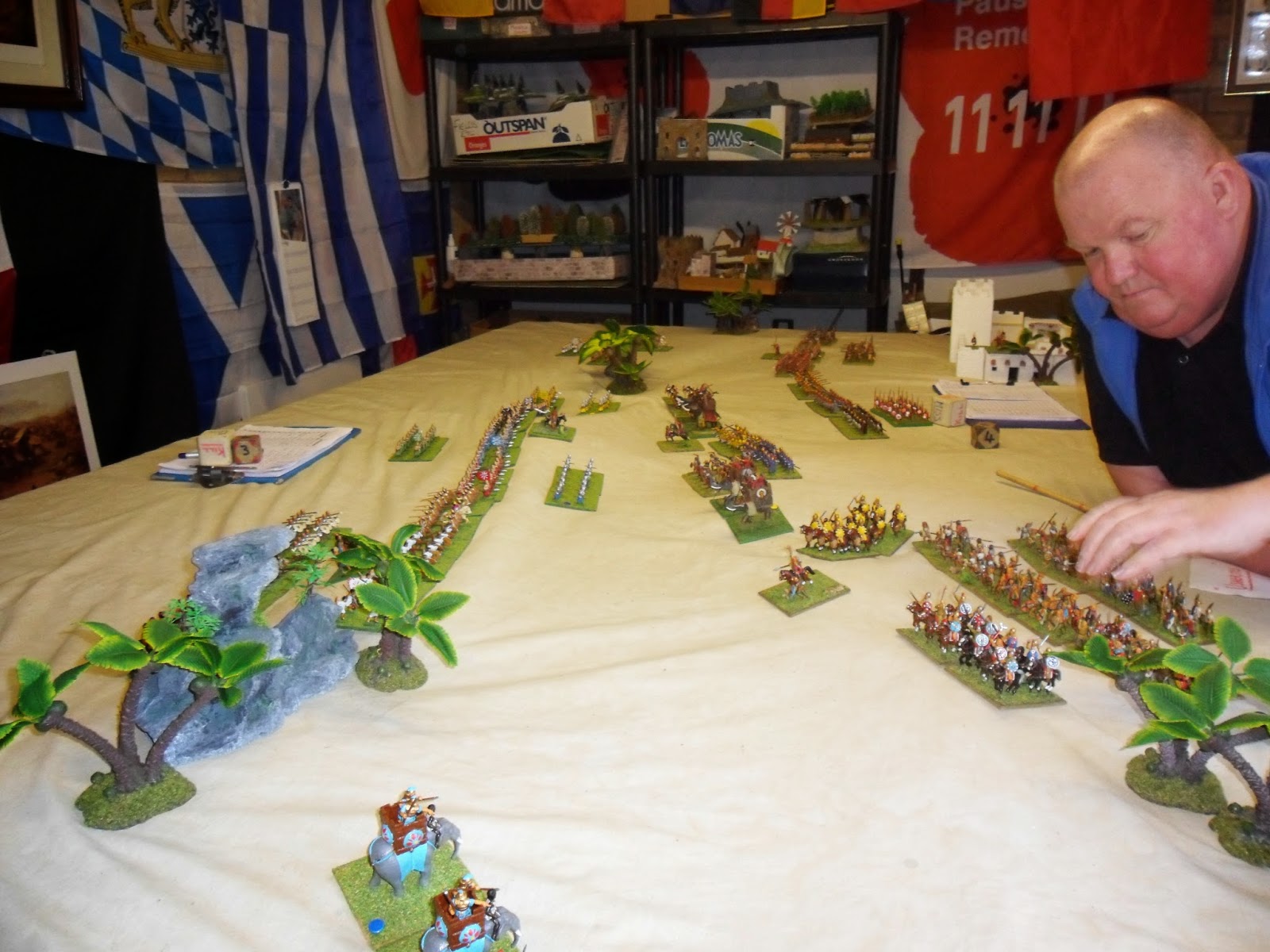 For the first couple of moves we were "sparing" with each other-Brian had strengthened his centre with his elephants(a bad move as it turned out!!) whilst I put my elephants on my right flank,hoping to gain an advantage. 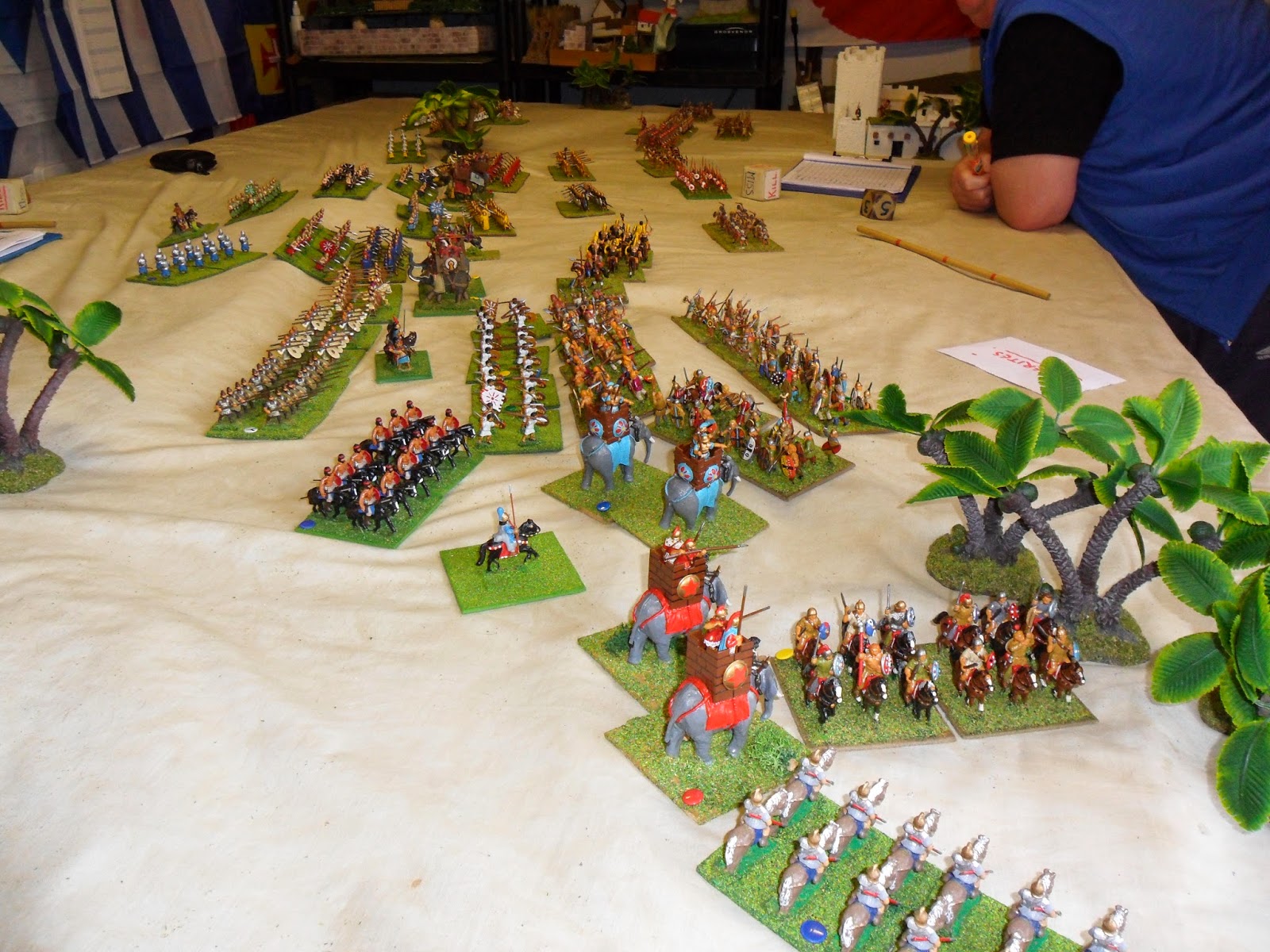 By move number 4,all  hell had broken out!!-we are engaged along the whole front line,and both sets of elephants are making an impact.
As it happened,Brian's elephant had to take morale,didn't pass it,and ran "amok",trampling both his own troops and mine-war is hell!!


Where has the photo gone??

This shot shows the rampaging elephants breaking into my line,however I recovered,and with some lucky dice throws I managed to beat Brian's whole line.My right flank was just holding,and I had managed to disorder his very strong Phalanxes ( 0n his right,just outside the town) so we called it a night-after 12 moves!
and I was declared the winner-Hurrah!!
We both enjoyed the game,and really a draw,I think, would have been a fairer result.

I have been busy making a "paddle Steamer" and Roman Galley for future games-Brian will be using the steamer in our next campaign game-I made both vessels using a cosmetic box ,cardboard and skewers. 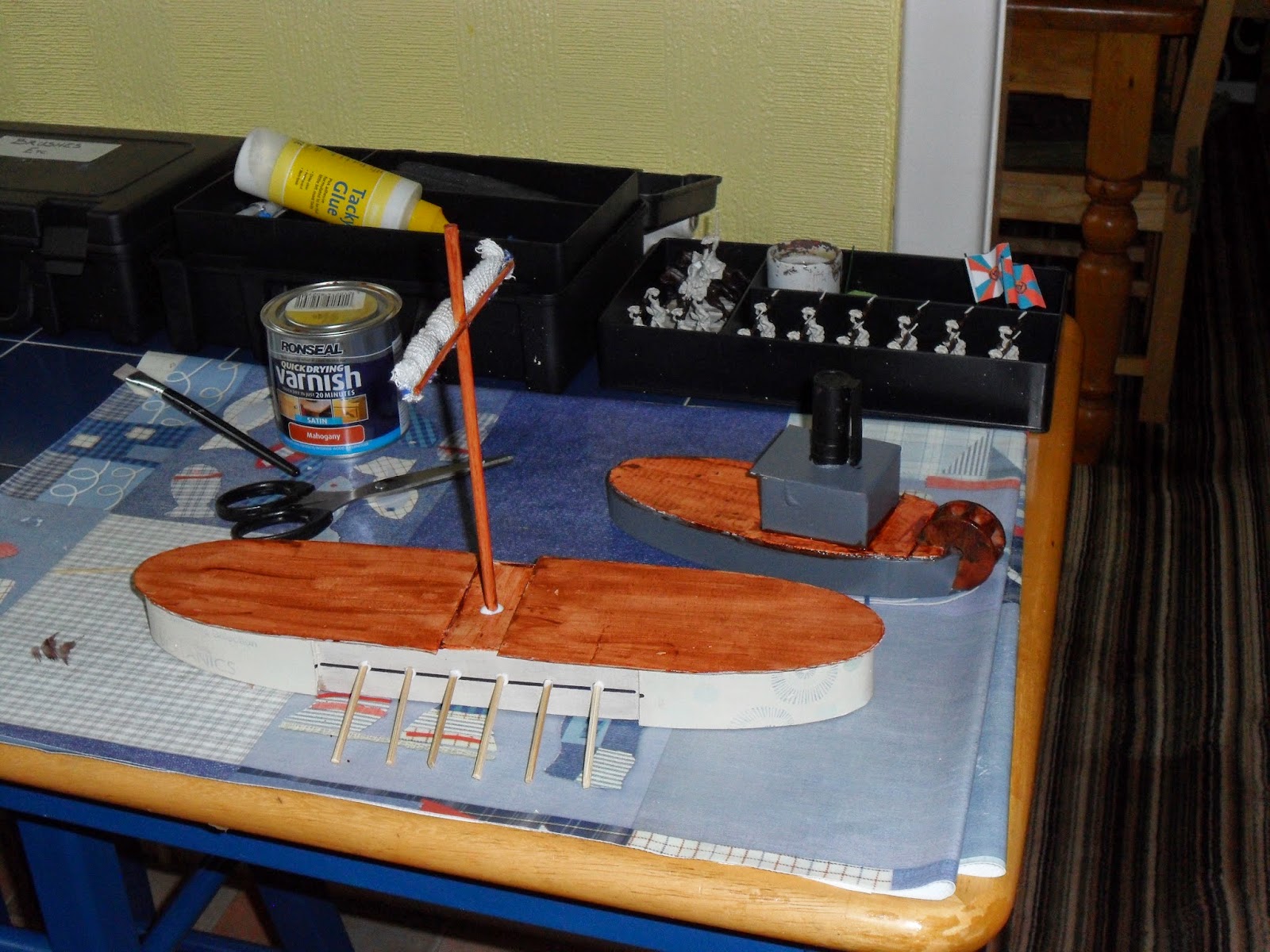 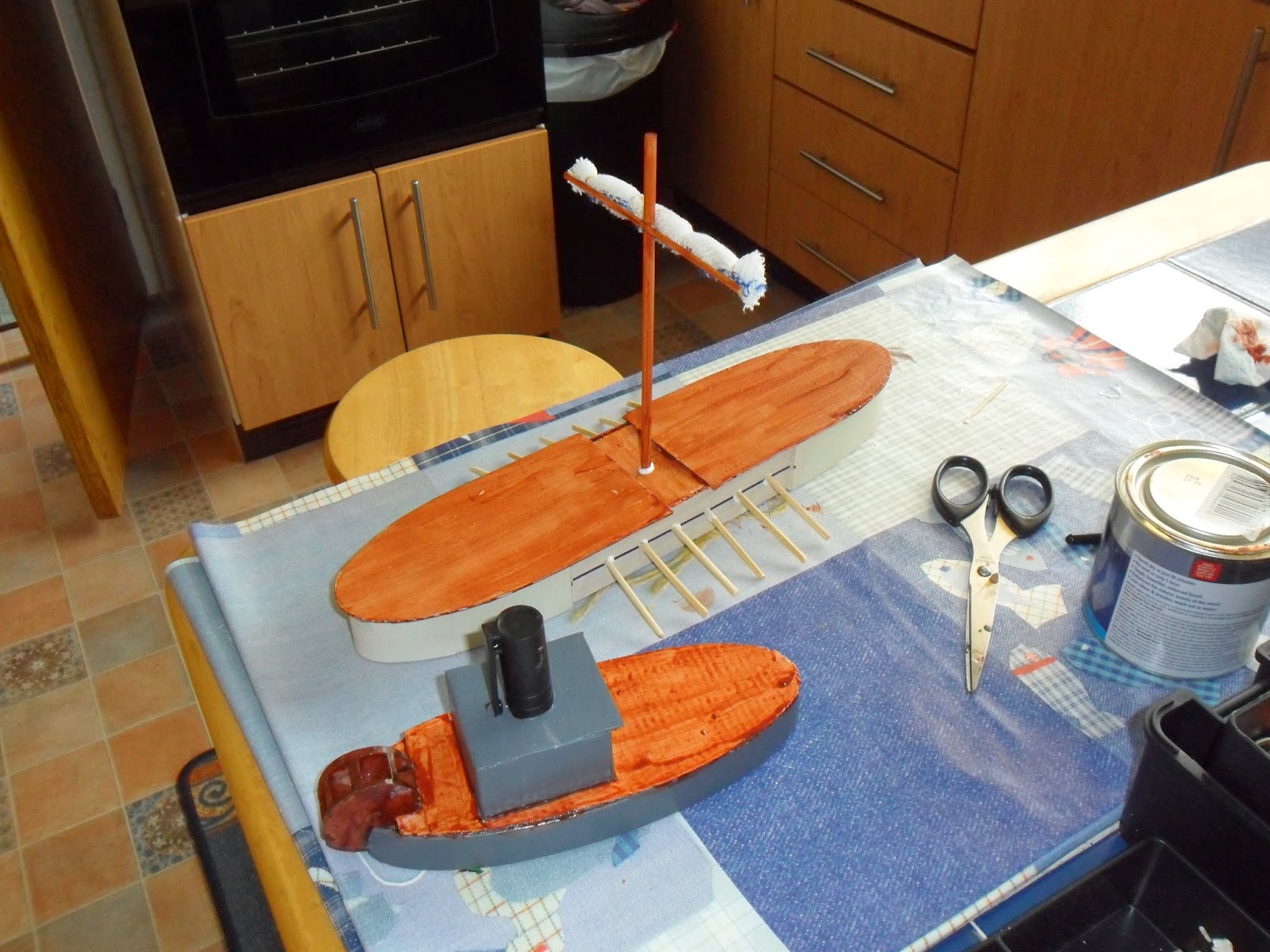 As you can see,I'm not a Model Maker,but the end result is quite satisfying(to me!!) and will fit the bill. 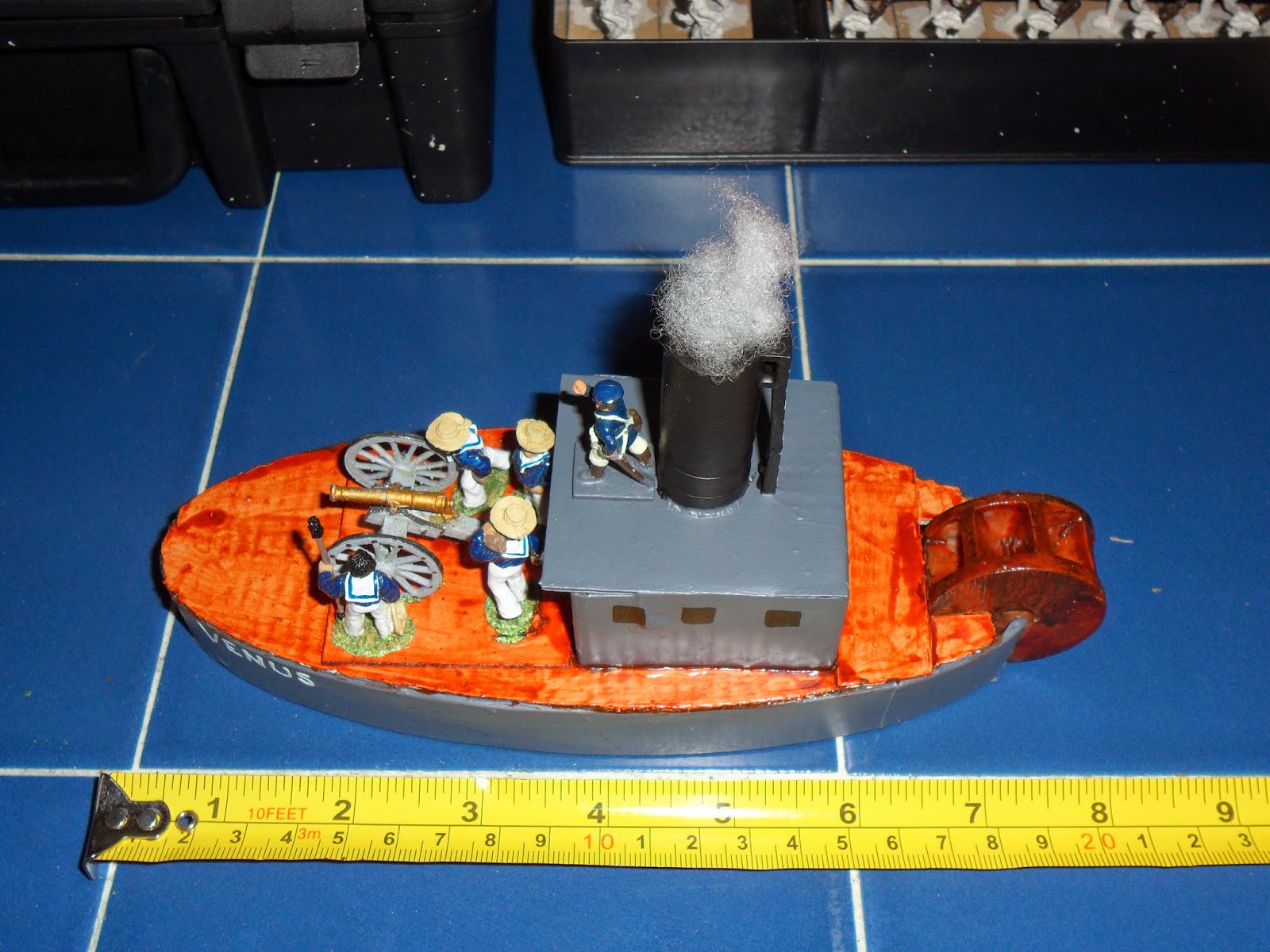 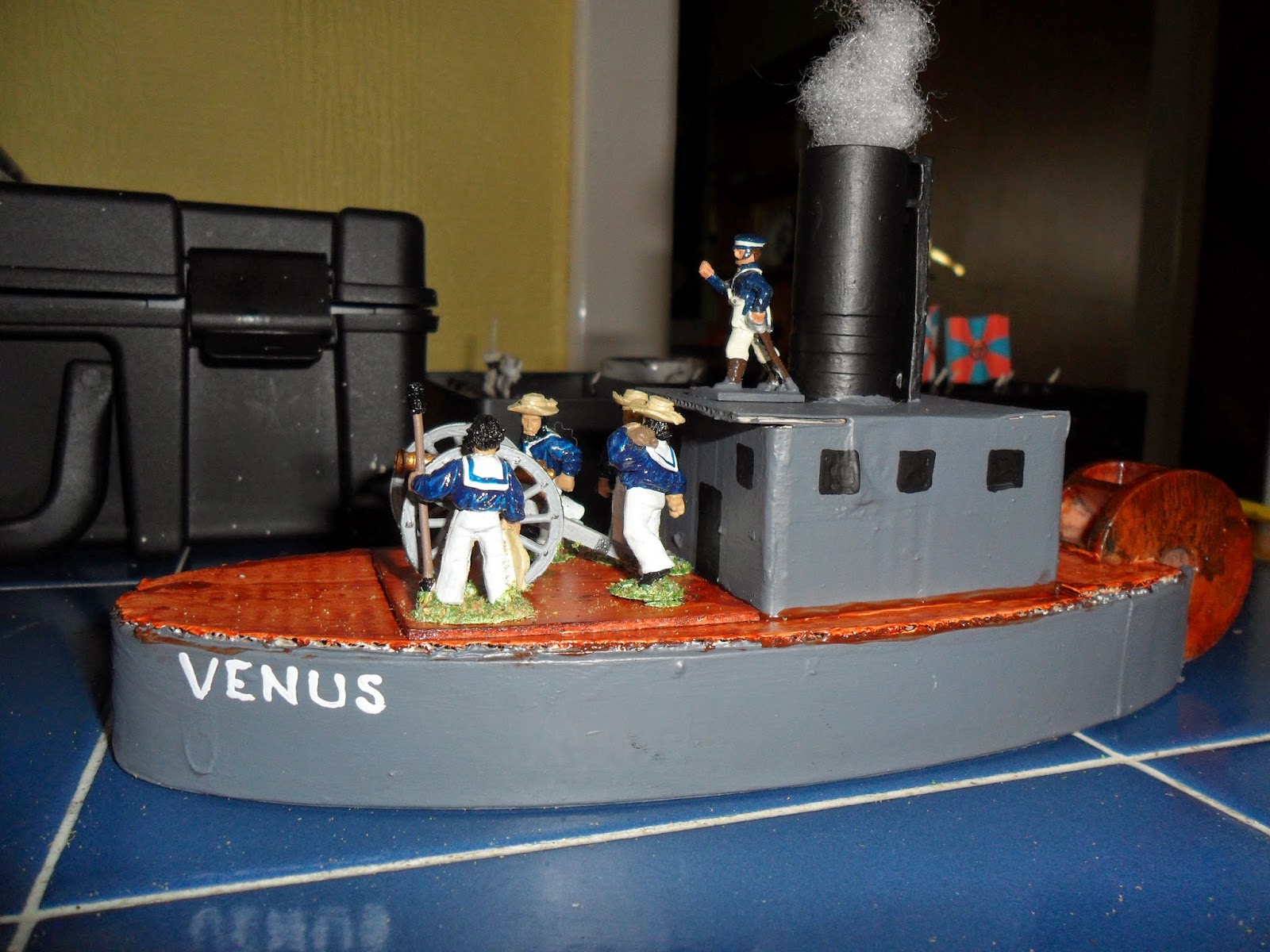 These two photo's show the finished Paddle Steamer-named "Venus" by Brian!! with some Naval figures,that I've had for centuries. 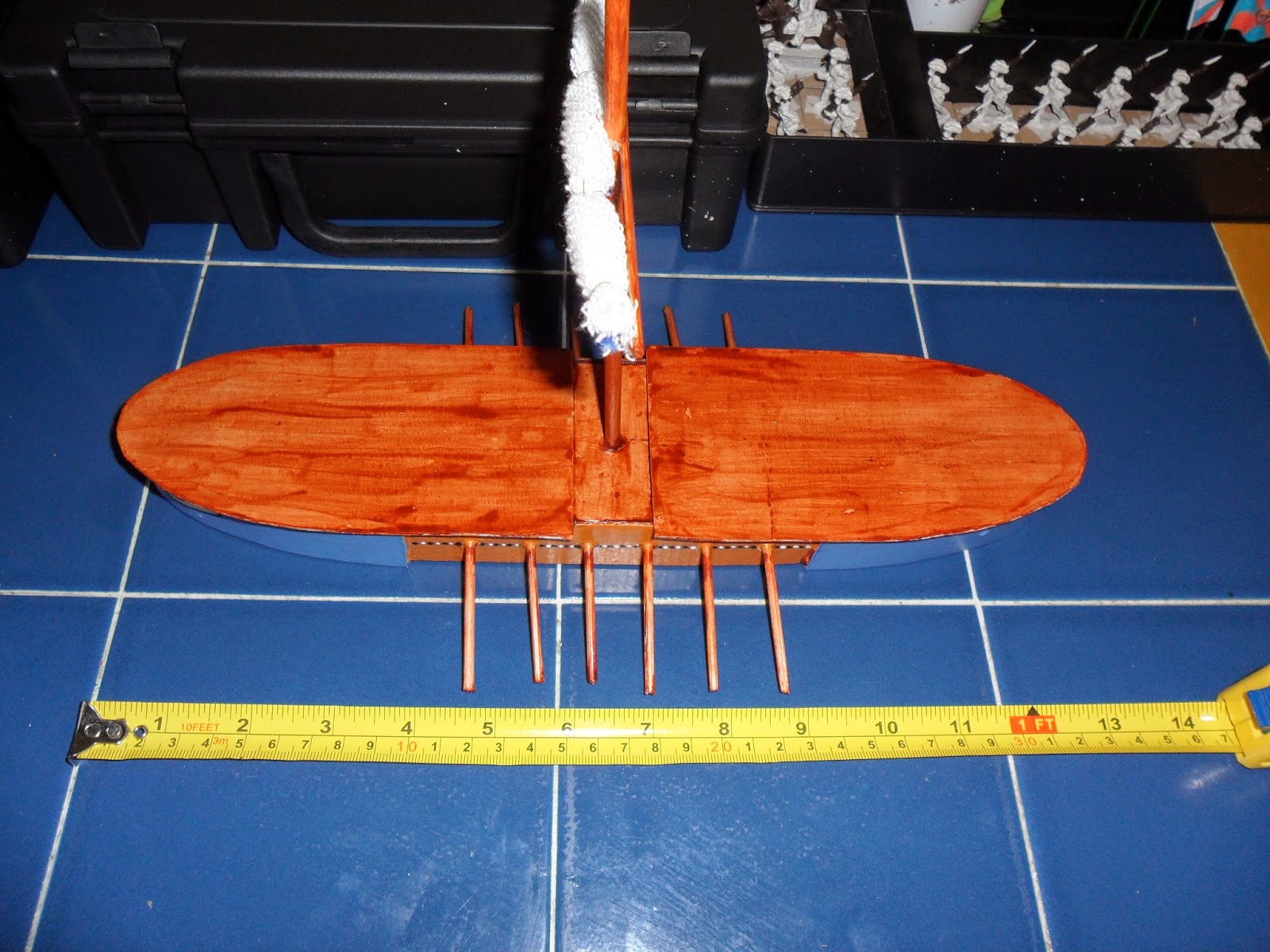 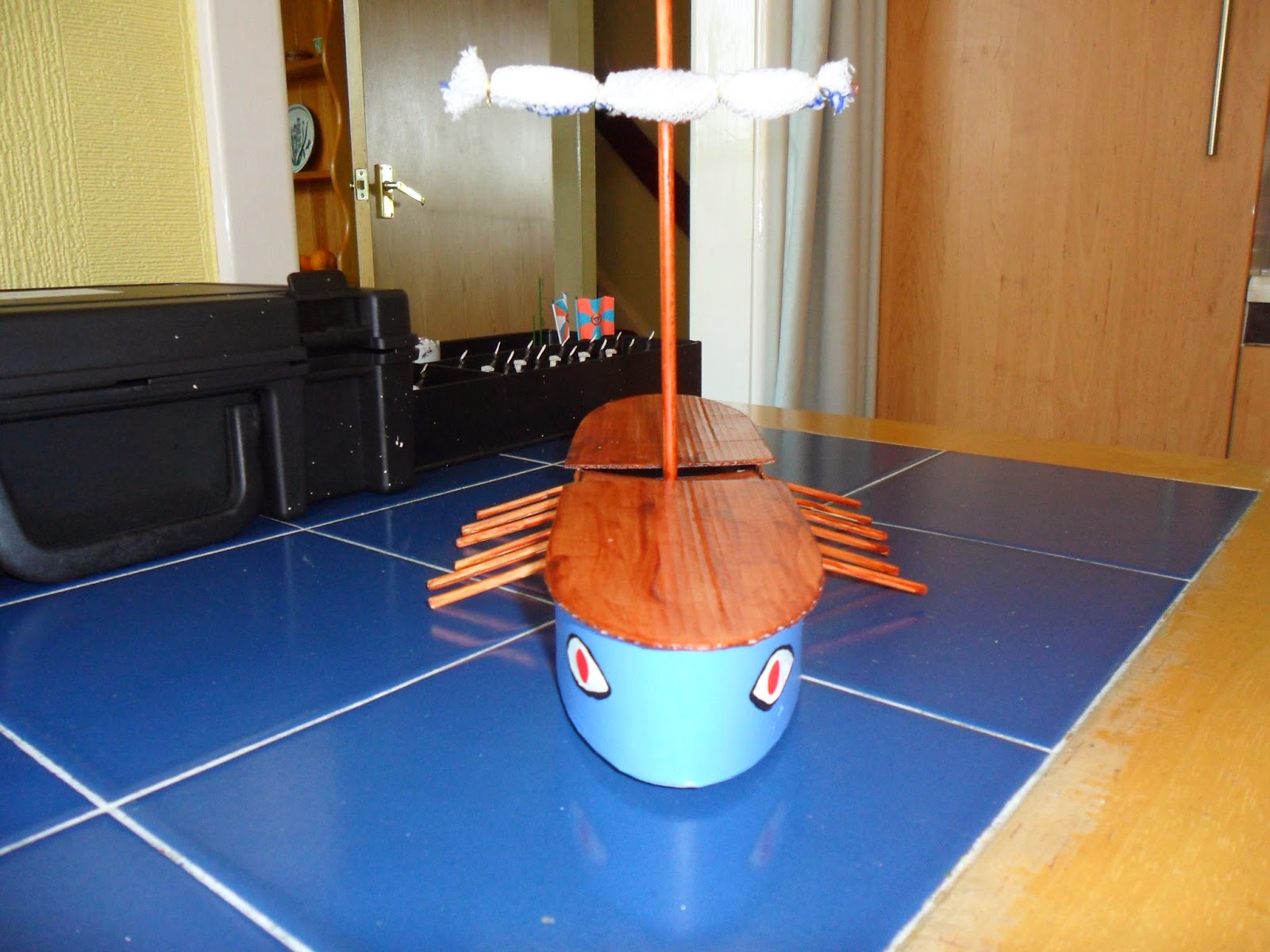 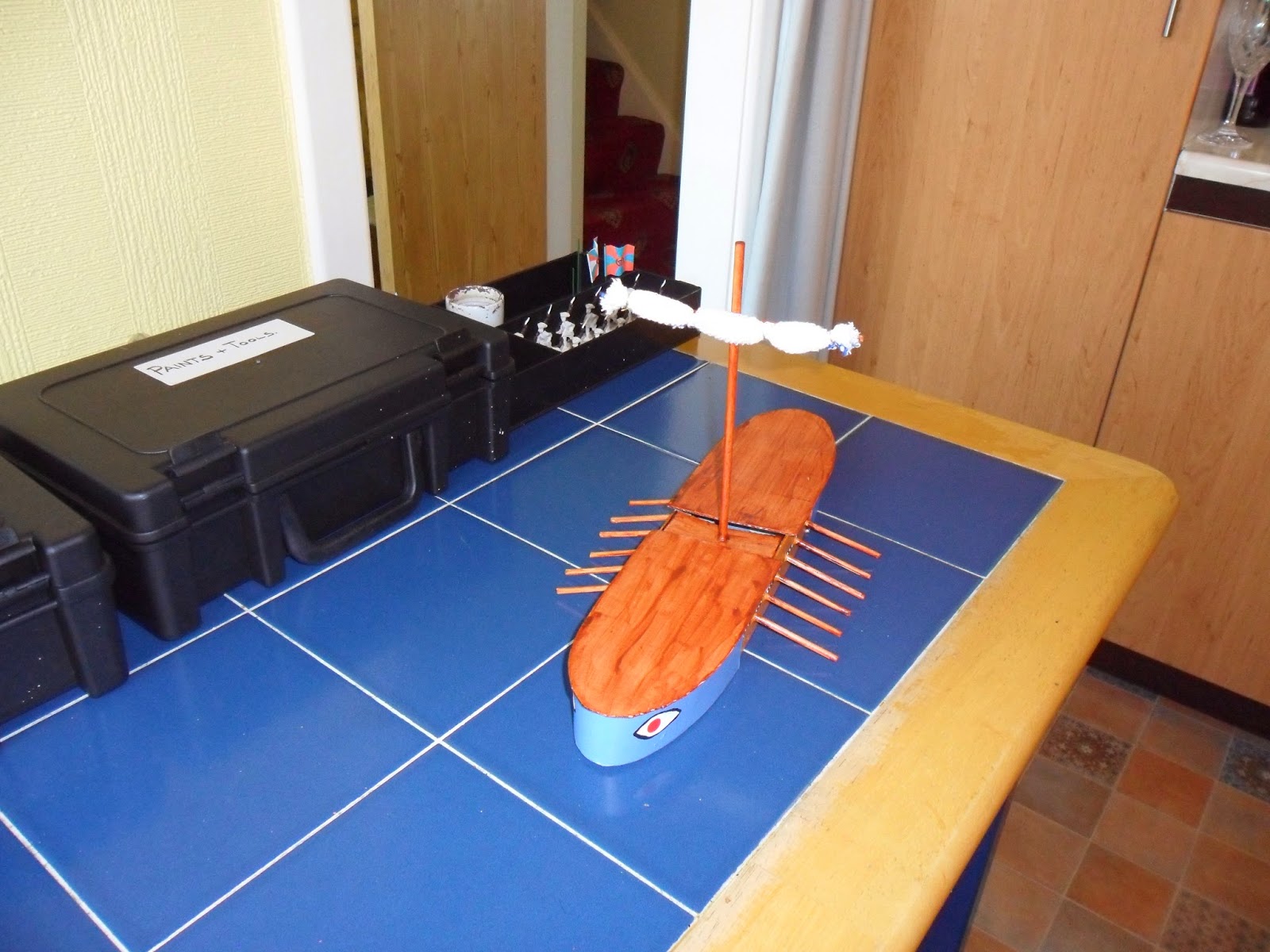 The above shots show the finished Roman/Greek/Carthaginian etc. etc. galley-I had to make it so long to accomodate two of our Ancient units,be it Cohorts,Warbands or Taxis-so no doubt it will appear in many games to come!!

Brian has been painting his Caesarian legion,and a damned fine job he's making of them too,and I am now onto my 9th Russian 7YW regiment,and am working up the courage to start the Russian Hussars I bought at Falkirk!!
Roll on Thursday!!